William Meyers, writer and editor
You can send e-mail to wm64@columbia.edu 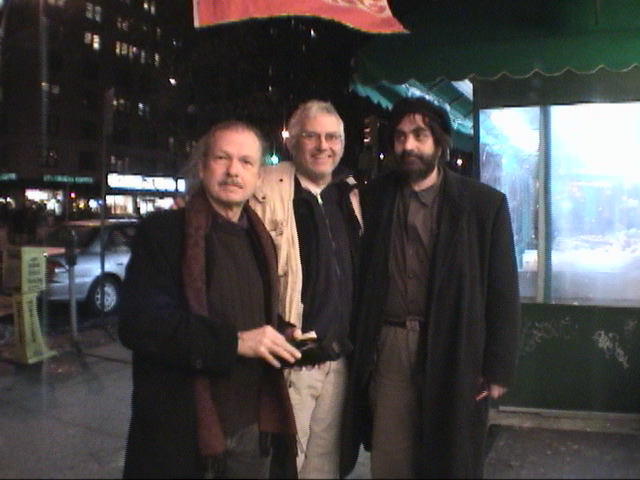 photo taken by model Pamela Adamic, a kindly passerby, of William and Paul Terry Walhus of Austin, Texas and John Long of NYC on a cold winter New York night.  More of these pictures can be viewed at http://tvnight.org/albums/ny/  and at the bottom of this webpage.

William Meyers, writer and editor, born in Tennessee, educated in New York, San Francisco and Mexico; formerly working in magazine journalism; subsequently an editor at Facts On File Publications in New York; now working as and editor in the production department of Columbia University Press.

William worked on an illustrated biography of The Dalai Lama of Tibet and edited a book of essays about The Huichol Culture of Mexico by anthropologists Philip C. Weigand, Jay C. Fikes and Juan F. Negrin.

Back to the Spring

Nonviolence and Its Violent Consquences by William Meyers

This page has received